Jeff Barry was born in Brooklyn, New York, on April 3, 1938. As a child, he developed two interests which never left him: cowboys and music. After graduating from Erasmus Hall High School and doing a stint in the army, where he often sang with military bands, he enrolled in City College of New York to study engineering;, but his desire to sing professionally was overshadowing any other vocational leanings he may have had. In 1958, through a family friend, Jeff was introduced to someone in the music business, publisher Arnold Shaw. Jeff had written several original tunes, which he performed when he auditioned for Shaw. Although impressed with Jeff’s singing voice, Shaw was even more impressed with his talent as a songwriter. Jeff was signed to RCA Records and in short order recorded and released the self-penned “It’s Called Rock and
Roll,” backed with “Hip Couple.” Other singles followed, like “Teen Quartet,” “It Won’t Hurt,” and “Lonely Lips,” written with Ben Raleigh, one of his finest early efforts as a vocalist. In between, Jeff’s talents as a composer were beginning to overshadow his singing aspirations. In 1960 he landed on the R&B charts with the lovely ballad “Teenage Sonata,” as recorded by Sam Cooke. Later that year Jeff realized his first pop hit with another Barry/Raleigh collaboration, “Tell Laura I Love Her.” Given his love of cowboys and horses, his original lyric had the hero, Tommy, dying after being gored by a Brahma bull during a rodeo; the publisher, however, felt that not many people would be able to identify with that scenario, so Jeff changed it to a stock-car race and a crash. Brilliantly executed by RCA label mate Ray Peterson, “Tell Laura” sailed up the charts into the Top Ten in the U.S. and not too long afterwards was covered by British singer Ricky Valance, who took it all the way to #1 in the United Kingdom.

In October of 1962 Jeff married Ellie Greenwich, a pretty blonde whom he’d met at a family gathering a couple of years before (her uncle was married to his cousin). Ellie was herself a tunesmith and had been working with the songwriting team of Jerry Leiber andMike Stoller. Ellie introduced Jeff to her newest songwriting partner, Phil Spector. During the next two years the songwriting team of Jeff Barry and Ellie Greenwich was virtually unstoppable–along with Spector, they defined the Girl Group sound, turning out hit after hit for The Ronettes (“Be My Baby,” “Baby, I Love You”), The Crystals (“Da Doo Ron Ron,” “Then He Kissed Me”) and others. In 1964 Jeff and Ellie, with Leiber and Stoller, started a new label, Red Bird Records, and began cranking out hits for The Dixie Cups (“Chapel of Love”) and The Shangri-Las (“Leader Of The Pack”). By 1965, despite their enormous success as songwriting partners, harmony was absent from Jeff and Ellie’s marriage. Within a year the couple divorced, and shortly after the Spector-produced “River Deep, Mountain High” was recorded by Tina Turner and released to a less than favorable reception, Jeff and Ellie’s professional alliance was history as well, but not before they’d discovered a brilliant new young singer/songwriter named Neil Diamond and co-produced his first recordings for songwriter Bert Berns and Bert Berns” label, Bang Records. 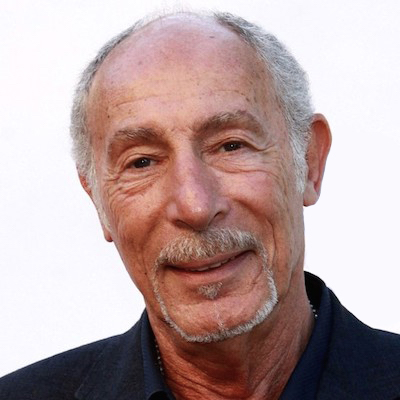 In 1966 Barry was recruited by music supervisor Don Kirshner to produce sessions forThe Monkees. Jeff brought several Neil Diamond tunes for the group to record, among them a gem that would go on to become one of the biggest-selling singles of all time–produced by Jeff, The Monkees’ “I’m a Believer,” sailed to the top of the charts and hasn’t been absent from the airwaves since then. In 1968 Kirshner was appointed to do the music for a new Saturday-morning cartoon series, The Archie Show (1968), and one of the first people he brought to the project was Jeff. He in turn brought in session singerRon Dante to handle lead vocal honors for the fictional The Archies musical group. In addition to acting as The Archies’ producer, Jeff was also its primary songwriter, penning somewhere between 70 and 100 tunes for the group during the course of the next three years (it’s hard to pin down the exact number because not all of the tracks were released on vinyl.) In addition to writing the show’s theme song and a few dozen full-length tunes, he also composed mini-songs to accompany each Dance of the Week, a staple of the show’s first season. Jeff also lent vocals to several Archies recordings, including backgrounds on tracks such as “You Little Angel, You” and “Jingle Jangle” (using his “bass man” voice) and spoken-word parts on “A Summer Prayer for Peace” (Jeff was the numbers guy in the narrative).

During the same time period, Jeff wrote for and produced an up-and-coming singer, Canadian-born-and-bred Andy Kim. Recording for Jeff’s own label, Steed Records, Andy had hits with remakes of Jeff’s Ronettes tunes “Baby I Love You” and “Be My Baby.” Jeff and Andy jointly composed many songs Andy recorded and released on albums and singles, including “How’d We Ever Get This Way,” “Rainbow Ride,” and “So Good Together.” Since Jeff and Andy were, indeed, So Good Together as songwriting partners, it was only natural that they join forces to pen tunes for The Archies. The Barry/Kim team literally struck gold in 1969 with a tune that would go on to become RIAA Record of the Year and earn The Archies their first gold record – “Sugar, Sugar.” The group’s followup single, “Jingle Jangle,” another Barry-Kim composition, garnered a second gold record. Most of The Archies’ 11 singles and five studio albums were produced by Jeff, and in 1970 he was at the production helm for Ron Dante’s first solo album, “Ron Dante Brings You Up”, for which he and Andy collaborated on the title track, “Let Me Bring You Up.” Also in 1970, he wrote and produced for Robin McNamara (“Lay a Little Lovin’ On Me”) andBobby Bloom (“Montego Bay”).

In 1971 Jeff moved to Los Angeles, and during the remainder of the ’70s and into the ’80s he composed for TV shows and movies, including the theme songs for One Day at a Time(1975), The Jeffersons (1975) and Family Ties (1982) and the score for The Idolmaker (1980), and continued to enjoy success as a writer of pop songs. “I Honestly Love You,” composed with Peter Allen, became a #1 hit for Olivia Newton-John in 1974; and in 1984 Jeffrey Osborne and Joyce Kennedy hit the Top 40 with another Barry composition, “The Last Time I Made Love,” written with Barry Mann and Cynthia Weil. In 1991 Jeff Barry and Ellie Greenwich were inducted into the Songwriter’s Hall of Fame.

In March of 2000 Jeff gathered together a bunch of old friends who’d had hits with Barry tunes and taped a PBS special called Chapel of Love: Jeff Barry and Friends (2000), which was released on home video the following year. Among those performing on Chapel were The Crystals, Ronnie Spector, Andy Kim, Ron Dante, the late Ray Peterson, and of course The Dixie Cups, who sang the title track of the program with a sparkling new arrangement. Jeff’s recent projects include scoring a Broadway-bound musical comedy called “Knight Life”. Semi-retired now, Jeff resides in California.